“I just wanted to say how much I enjoyed the Think Funny course on Zoom. It was great to learn so many techniques and experiment with different styles. I absolutely feel that the things I learned on the course will help me an unbelievable amount in the future. The course filled me with the confidence to pursue the world of comedy writing and I fully intend to sign up for the Advanced Course whenever it returns after lockdown.”
James Percy, 31 May 2020.

“I wanted to say thank you for an amazing course. It really inspired me and gave me the confidence to try new techniques in my writing. I thought the delivery of the course was great, setting short time scales for writing tasks so that overthinking wasn’t an issue.  I would definitely recommend to any aspiring comedy writers.”  Laura White

“I just wanted to say thank you so much for the last 6 weeks. I loved it all. I will definitely send sketches to Newsjack when it is next on. Thanks for bringing out the best in all of us and finding our strengths to focus on. It was very supportive and encouraging but above all, inspirational (also cheaper than my therapist charges)” Uttom Chowdhury

“Just back from only my second gig, The Massive Comedy Gong Show at The Shack in Edinburgh, which I WON! I would never have done it without Think Funny!” Cameron Bell

“Just wanted to thank you for the sketch workshop at the weekend. It was brilliant! I could sit doing comedy workshops every Saturday if I had my way. I found it really inspiring and Brian’s a great teacher.” Lee Brace

I would write a hilarious tweet @ you – but I’ve only got room to say thanks very much for a great workshop today. Jo Wallace, Regional Creative Director, Saatchi & Saatchi.

“I attended your sketch writing workshop and a few years later I co-wrote BBC One sitcom Peter Kay’s Car Share. I’m working on a couple of new sitcoms now and wanted to get in touch to say thanks – I got loads of useful tips, tools and motivation from your workshop.”  Tim Reid

“Brian helped me to write a really amusing best man speech, and showed me how to overcome my nerves in delivering it on the big day. It went down a storm. Thanks a million Brian!” Alan Benns

“My friend and I attended a sketch writing course run by Brian West and Georgina Sowerby. Almost 2 years on, we are taking a show to the Edinburgh Fringe Festival!” Cameron Anderson

“Working with Think Funny was informative, fun and very challenging! The Skype-based learning worked well – good to run over content and then have time to digest it and prepare for the next session a week or two later. How Brian got me actually doing 7 minutes stand-up at a real comedy club I’ll never know – the man’s a genius!  I still can’t quite believe I got laughs from a room full of real punters. Getting under the skin of comedy writing was a revelation to me. Think Funny was the kick up the backside I needed. It was genuinely one of the best things I’ve ever done and I will remember the experience for the rest of my life.” James Pavey

“Just wanted to say thank you to you guys for the workshop today. I know so much more and feel like I really can make a go of this now. You’ve lit a fire under my arse and I like it! Many Thanks, Ed Hall”

“Keith Lindsay is a living, breathing, sitcom encyclopaedia. His years of experience and step by step approach make for fascinating comedy workshops. He’s the real deal. If you want to write a sitcom, go on this course.” Sally Nettleton

Jamie Gladden writes: “Hi Guys, when I did one of your comedy workshops last year, one of the things that Think Funny said is that you should definitely put on your own show, or make your own podcast. So, myself and several others have got together to record a topical comedy podcast which we’re performing in front of a live audience .”

“I learnt a lot from the day. It helped me learn the basics of how to write sketches, in preparation for the day people in TV land would want to see them.” Imran Yusuf  [Recent Edinburgh Comedy Award Nominee]

“The online sessions are very informative and immensely useful, all imparted in a relaxed manner through Skype. After two sessions I had written a nine minute open mic spot for which the tutor then gave constructive feedback. I’m signing up for another three sessions to help develop further!” Cameron Bell.

“Working with the tutors at Think Funny comedy workshops helped me to find the confidence to get on stage and make people laugh. They fully understand the fear a novice stand-up faces and are able to successfully nurture a raw talent.”  Lisa Marks

“A very inspiring workshop. I’ve already submitted some radio sketches, and Andy and I are now planning to write a fringe show.” Cheers. Jill 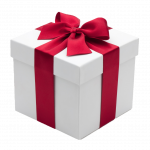