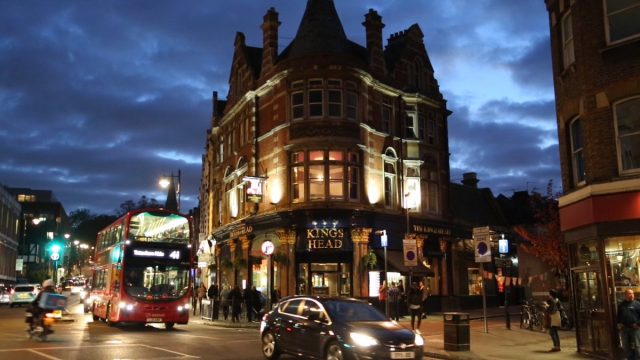 Brian Luff writes… Last night I went to the first gig at the newly re-opened comedy club Downstairs at the Kings Head. It’s been a long time coming, and it was well worth the wait!

London’s friendliest comedy club kicked off with their Legendary Try Out Night, a gig that’s been running for over 40 years, and has been the platform for first outings for hundreds of top flight comedians, including Jimmy Carr, Eddie Izzard and the late great Sean Lock.

Compered by John Ryan, the atmosphere was electric, and all nine acts on the bill got fantastic feedback. I have never seen a room full of people so ready to laugh and have a good time. When Ryan walked on stage for the first time, and said “We’re back!”, the roar from the crowd was like a goal had been scored at Wembley Stadium. How we have missed our comedy in Crouch End.

Workshops are back too, with Think Funny’s popular 6 week comedy writing course returning to the club on 9th October. Bookings for that will open next weekend.

The next gig is tomorrow night (Saturday 21 August 2021), and I’m told there are still one or two tickets left. There’s a fantastic line up of regulars from the circuit, including Mary Bourke, Sol Bernstein, Paul F. Taylor, and Carey Marx. MC is chart-topping comedian and broadcaster Dominic Frisby.

The club is currently operating with a reduced capacity, so there is more space between tables. You can book here