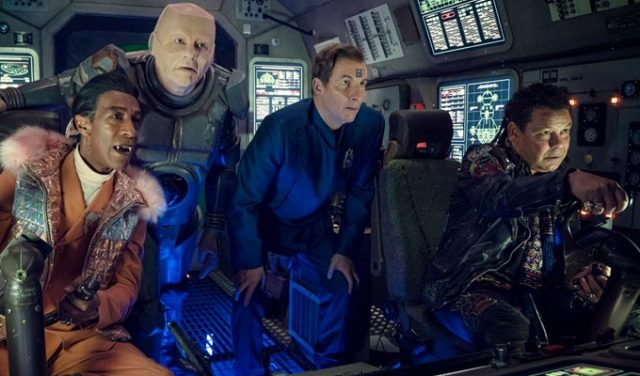 Chortle reports… The future of Red Dwarf has been put in jeopardy because of a row between its two creators. Doug Naylor and Rob Grant dissolved their partnership in the mid-1990s, with the former continuing to write the show either alone or with other collaborators.

However, Naylor has now launched a High Court action against his former best friend over the rights to the show.  The legal broadside was prompted by his removal from the board of their joint company, Grant Naylor Productions, in March last year, 30 years after they set it up.

Read the rest of this article