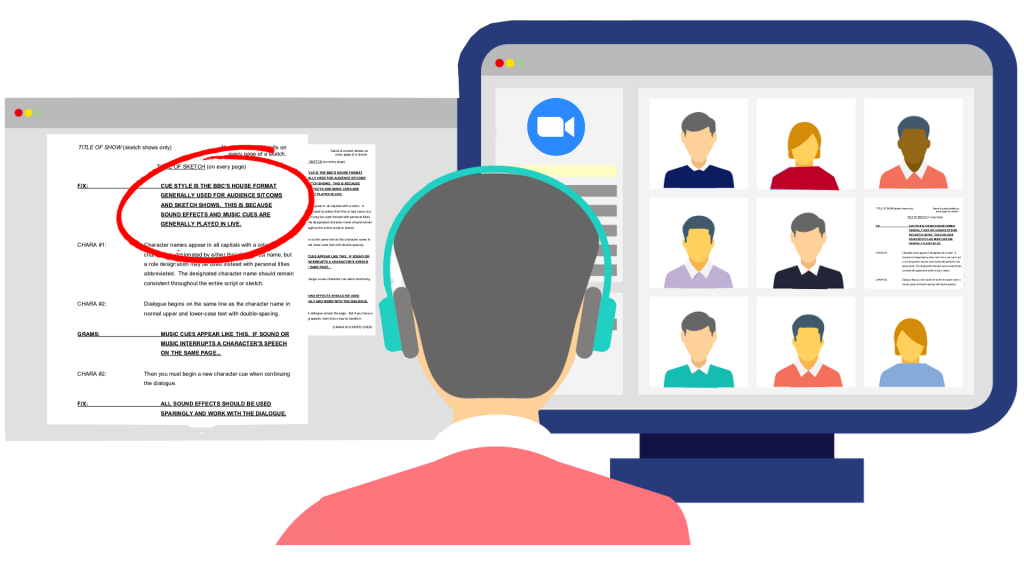 Book now for this 6 week online comedy writing course with television scriptwriter Brian Luff. The course is delivered via Zoom conferencing and teaches powerful, tried and tested tools for writing comedy. Learn how the pros use repetition, callback, reversal and other big hitting tricks of the trade to make the audience laugh. Former students include Edinburgh Comedy award winners Nick Helm and Imran Yusuf.

Course leader Brian Luff has run hundreds of writing workshops over the last 10 years. He’s written for comedy shows on ITV and Channel 5 and he co-created a cult late night comedy series for Channel 4 and MTV. He’s also worked as a senior producer for the BBC’s online comedy unit and has worked on over 500 comedy shows on the London and Edinburgh Fringe. Brian’s weekly fringe show Sketch Club helped to showcase the talents of numerous emerging TV writer/performers including Channel Four′s Cardinal Burns, Joe Wilkinson and Perrier Award winner Laura Solon.

Attendees work together in breakout groups to brainstorm and script short comedy routines and sketches. During the course you’ll also learn about agents, commissioning editors and development producers and get invaluable tips on how to get your scripts onto their desks. If you’re serious about writing comedy this is one of the best workshops in the business.